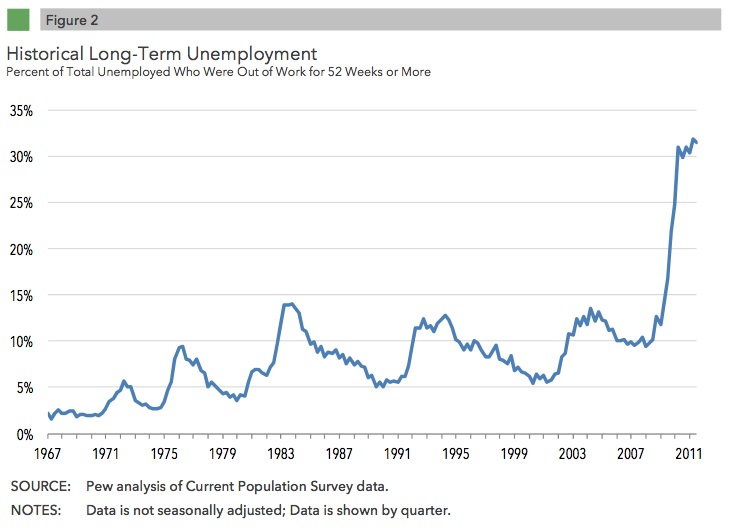 Thanks to improvements in technology across all sectors, we now produce sufficient goods and services for the entire population without needing the entire population’s participation. As technology improves, we’ll need even fewer humans to help with production. For example, an automated cooking-oil factory opened in Bangladesh this year. It operates 24 hours a day, is capable of producing 10,000 bottles of cooking oil per hour, and only employs 15 people. Automation is taking hold in even the lowest-wage countries in the world.

Yes, many go without adequate food, water, education, shelter and clothing. But these are more often a result of inefficient or unfair distribution systems than a lack of production. The world produces more than enough food to feed every human on earth.

Jobs Are Not The Solution

Though work provides meaning and dignity to modern people, our governments and economies cannot promise a long, full productive career to everyone unless we create fake jobs. But which governments are so flushed with cash that they can afford that?

Philanthropy is not the solution.

Funding soup kitchens and scholarship funds won’t solve the problem of long-term, mass unemployment. Donations are too sensitive to economic ebbs and flows, and there will be too many competing demands for donations from the tiny number of people who have all the money.

Technology’s rapid growth is a destabilizing force, but it’s possible that the tools we entrepreneurs build today can create a bridge to a better tomorrow. There’s endless opportunity to improve education, healthcare, energy and food distribution, and even security. All of these things can all cost less and happen more efficiently when channeled through online systems. Tools like AirBNB, TaskRabbit, and YardSale let people make money in new ways despite the lack of traditional jobs. It’s our job to make peoples’ lives a bit easier on the path to a better future.