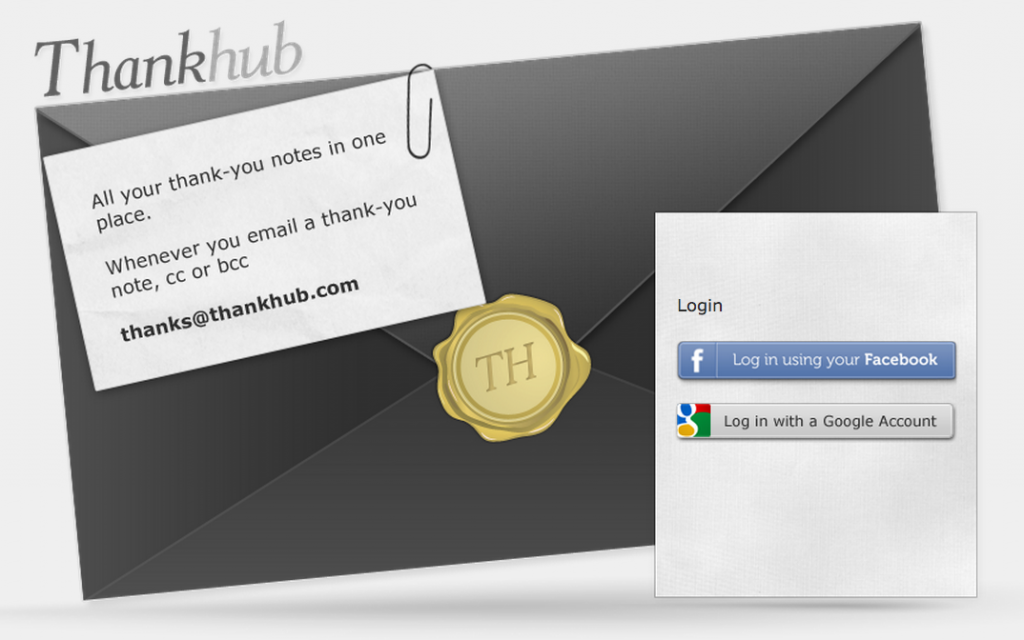 I just built another project from concept to launch within one week, and I’m starting to hit on a repeatable formula for the non-technical CEO to use. In this post I’ll describe the project, and then share a dialog I had with a friend about how exactly one builds fast.

Thankhub.com
Thankhub is an easy way to save all your thank-you emails in one place. Using Thankhub, you can even make some notes public. Thankhub makes you a better networker, job candidate, and person.

Here’s how it works:
It all works by email.acheter levitra

How I built it:
I worked with a senior developer named Jonathan Garay (@netmask) and handled the design myself.  We used Heroku to host, Pivotal Tracker to coordinate tasks, Mailgun to parse emails, and Twitter Bootstrap for designs.

What I learned:
This project was way more complex than RollCallMe.com, which was built in the same number of days but in far fewer hours. We had many more bumps this time because we only had one developer who didn’t pair program, and he put in 18 hour days, culminating in the final night’s 4 am launch. Next time I’m going to insist that we pair program on this and work more reasonable hours.

Working fast virtually is also a struggle. We didn’t waste much time, but my team member in Pakistan couldn’t contribute as a developer because of constant power outages. That doesn’t happen in NYC as often.

I posted the launch on Facebook this evening and was contacted by friends right away for support on building their apps. For example, My friend Zahid in the UK is a mover and shaker who wants to build a web application. He pinged me on Facebook today for my take on how to build applications, so I gave him my recipe for fast and furious development.

Zahid:
…absolutely, it is a great culture to encourage
my question was going to be a very simple one, that is probably very common one. “I have an app idea, but no idea how to program/ develop”, what next?

Me:
oh I see
well first I think you want a designer actually
to mock up the minimum viable product.
Some great designers usually also know developers
so that’s one way to network to developers
Then I’d suggest hiring one really senior person to help configure the setup

Zahid:
so by “designer”, you mean someone to literally do screenshots as to what different steps of the user experience would be?
or designer is someone who can code as well, and to produce a basic skeleton to show potential functionality?

Me:
the former
Just the interface
but thinking through EVERYTHING
Forces you to make lots of decisions
and helps you pre-sell the product before investing too much
There are actually going to be 4 skills involved, so you need a team that can do all these:

Zahid:
ok (i really appreciate your input here, thanks man)

Zahid:
Do you have programming background yourself? I assume you perform some of the functions you describe?

Me:
nope
I’m just a product guy
I only bring money drama and persistence